Intellias Named the Best IT Employer of 2021 According to Forbes 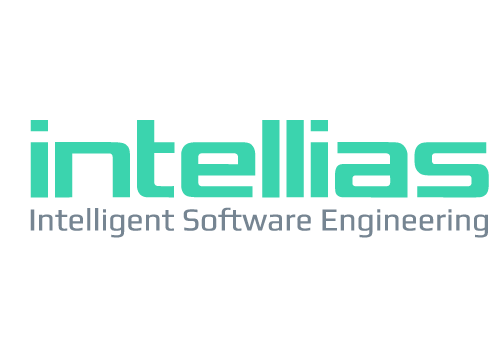 Intellias became the best IT employer according to Forbes Ukraine for the second time in a row. In the annual ranking, the Forbes team evaluated Ukrainian employers and identified the best 50. Intellias received the highest number of points among the represented IT companies and took second place in the overall ranking.

According to the survey, Intellias specialists succeeded the most in maintaining work-life balance. In addition, they are most satisfied with their work schedule and ready to recommend the company to their friends.

“In 2021, the Intellias team grew by 70% and expanded its presence both in Ukraine and abroad. We prioritize comfortable working conditions and keep polishing them. We’ve implemented several relevant projects — in particular, launched the Career Hub portal, which allows our colleagues to manage their career. Also, we became the first IT company in Ukraine to sign the Principles for Women's Empowerment. During the previous year, we have significantly improved the assistance program for pregnant women, fathers and mothers of newborn babies. We strive to remain the best employer and appreciate that our employees acknowledge our efforts”, said Vitaly Sedler, CEO and co-founder of Intellias.

In order to rank the companies, the organizers sent a survey to specialists from the companies, which applied for the best employer award. During the anonymous questionnaire, specialists evaluated their companies according to the following criteria: loyalty and willingness to recommend the company as an employer; job satisfaction and work schedule; transparency in communication; availability and composition of the social package; opportunities for development in the company; support and care during quarantine, etc. In total, more than 25,000 respondents were interviewed. In addition to the responses, experts’ evaluation and open source information were also regarded. According to the methodology, Forbes evaluated companies on a 100-point scale, with 60% of the final score being evaluated by company specialists, 20% evaluated by the market experts, and 20% derived from open sources.

For many years in a row, Intellias has also been recognized as one of the best IT employers according to DOU, the largest IT community in Ukraine. In 2020 and 2021, the company received the same title from EY and MC.Today. In addition, Intellias is among the top five family-friendly companies according to the United Nations Population Fund in Ukraine and the CSR Development Center. The company has also twice won UCycle's "Employer of the Year" award.

Intellias is one of the biggest Ukrainian IT companies with more than 2000 professionals. The company's development centers are located in Lviv, Kyiv, Odesa, Kharkiv, Ivano-Frankivsk, Dnipro and Krakow. Intellias is also represented in Germany, Israel, the United States, Saudi Arabia and the United Arab Emirates. The company develops software solutions and provides professional services, specializing in the automotive industry, navigation systems, financial and telecommunications technologies. More than 2 billion people use tech products developed by Intellias engineers. The company has been numerously featured in the Global Outsourcing 100 list by IAOP, recognized by Inc. 5000, acknowledged in the GSA UK Awards, named the winner of a Silver Stevie Award in the 17th Annual International Business Awards.