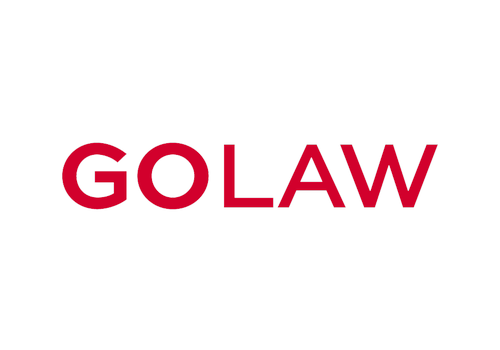 According to information posted on the official website of the State Enterprise "Guaranteed Buyer" (hereinafter - "Guaranteed Buyer"), as of April 01, 2020, the state enterprise had indebtedness to the producers of electricity from RES in the amount of approximately 34% for February 2020. Quite recently, the Guaranteed Buyer also had significant debt for the last months of 2019.

RES producers are very concerned about the late payments from the Guaranteed Buyer. On the one hand, the Guaranteed Buyer insists that late payments are not its fault, but rather the fault of poor Guaranteed Buyer's budgeting system and underfunding from NEC Ukrenergo. For that very reason, producers were offered to enter into additional agreements on instalments of the debt to avoid default of the Guaranteed Buyer and collapse on the electricity market of Ukraine. At the same time, it shall be acknowledged that producers’ underfunding can also significantly influence on the latter's obligations before their creditors and counterparties and may lead to default under credit agreements. Therefore, it is natural to seek for the ways to assert infringed rights and compensate damages.

Let us remind that the current version of the PPA provides for the possibility to resolve disputes between the producer and the Guaranteed Buyer in arbitration under the Arbitration Rules of the International Chamber of Commerce (ICC) with the place of arbitration in Paris (French Republic) or in a commercial court of Ukraine.

The generating company may submit the dispute to arbitration court under the condition that producer within the meaning of the Commercial Code of Ukraine is a foreign investment company and having concluded the PPA, such producer has chosen in his application an option of the disputes resolution procedure in arbitration, and pays contributions to a special fund intended to cover the arbitration costs of the Guaranteed Buyer. Such contributions shall be paid for the entire duration of the PPA regardless of the exercising the right to settle disputes in international arbitration. The contribution is determined by the Regulator as part of the producer's net income and may not exceed 1% of its net income.

Those producers which have previous versions of the PPA receive from the Guaranteed Buyer additional agreements to bring the PPA into compliance with applicable laws as well as an application on option of dispute resolution procedure (arbitration or commercial court of Ukraine). Producers may not refuse to sign these additional agreements and applications, as such refusal will be considered as initiation to terminate the PPA.

First victories of investors in litigations against Guaranteed Buyer

There are already first disputes against the Guaranteed Buyer in national courts and court decisions in favor of producers.

For instance, in Case 910/9882/19, a solar power plant applied to the Kyiv City Commercial Court against the State Enterprise "Guaranteed Buyer" on debt collection, penalties and 3% of annual interests in connection with late payment under the PPA by the Guaranteed Buyer.

Following the initiation of the proceeding in the case the Guaranteed Buyer has repaid the debt to the producer in full and alleged that there were no grounds for collecting 3% of annual interests and penalties in view of the absence of his guilt in overdue obligations, considering the specific nature of the legal relations between the parties and sources for receiving costs to make payments to electricity producers under the "green" tariff.

The court has not taken such explanations into consideration and stated that the Guaranteed Buyer is obliged to make settlements to the plaintiff timely regarding the payment of the estimated amount of the produced electricity under the "green" tariff, including payments related to the improper fulfilment of the obligations. At the same time, absence of costs and improper fulfilment of the obligations by the third parties before the defendant shall not be a ground for release of the defendant from fulfilment of its obligations prescribed by applicable law under the contract's conditions concluded by the parties.

The same position was supported by the Court of Appeal later. As a result, the Guaranteed Buyer was charged 3% of annual interests and penalties.

“Green” tariff restructuring as a solution of renewable generation problems

To resolve the deficit problem of the Guarantee Buyer, the Ministry of Energy has proposed a restructuring of "green" tariffs, which shall, inter alia, include a reduction of the duration of concluded pre-PPAs. Producers, who have concluded  pre-PPA before December 31, 2019 will be entitled to the "green" tariff under the condition of commissioning the facilities: for SPP until July 1, 2020; for WPP - until 01 January 2021; for other technologies - within 3 years from the date of the pre-PPA conclusion.

Thus, despite statements of the state officials, that there will be no retroactive changes in the state support for RES electricity producers, a possible reduction in the duration of concluded pre-PPA is, nevertheless, a disturbing call for those producers who have invested in the development of projects or even have already begun construction but have objectively no time to put the facilities into operation within the specified timeframes. Based on the proposed provision of the draft law, those candidates for producers, who will not commission their facilities within the specified period, will not be entitled to state support under the "green" tariff. Such producers will be able to participate in the auctions for allocation of supporting quota or to conclude direct agreements on the market of bilateral contracts under market prices for electricity.

However, the mentioned rule applies only to producers, but not to candidates for electricity producers. It is completely understandable that such situation will be unacceptable to the vast majority of investors.

International experience in resolution of disputes between investors and the state

International experience in issues of violation by the state of its guarantees to investors in the renewable energy sector shows that investors prove in arbitrations the violation of reasonable expectations for a stable regulatory regime at the time when their investments were made.

Ukraine, as well as the Member States of the European Union, is a party to the European Energy Charter (hereinafter  - "the Charter"). The Charter's provisions provide the investors for a fair and equitable regime, stable, equitable, favorable and transparent conditions, and a concept of reasonable expectations, which cumulatively are the key points in resolution of arbitration disputes.

Arbitration decisions in cases Eiser Infrastructure Ltd. and Energia Solar Luxembourg S.à.r.l. v. Spain, ICSID Case No. ARB/13/36; Tecnicas Medioambientales Tecmed S.A. v. Mexico, ICSID Case No. ARB (AF)/00/2; CMS Gas Transmission Company v. Argentina, ICSID Case No. ARB/01/8 have established standard of fair and equal regime for investors. One of the elements under this regime is transparency and stability of regulation, including the obligation to respect reasonable and well-founded expectations of investors, pay particular attention to transparency, consistency and reasonableness in implementing amendments to existing energy regulation. Moreover, it includes the obligation to act efficiently and foreseeably in such way that it does not adversely affect the fundamental sufficient expectations of investors, which they considered making investment decisions.

The government's plans regarding possible changes in the support system of RES producers provide the investors with clear understanding that their expectations regarding a stable and foreseeable regime in Ukraine will not be met. Obviously, in such cases, considering the existing case law, the only possible option for foreign investors will be to apply to Ukrainian courts or to international arbitrations.