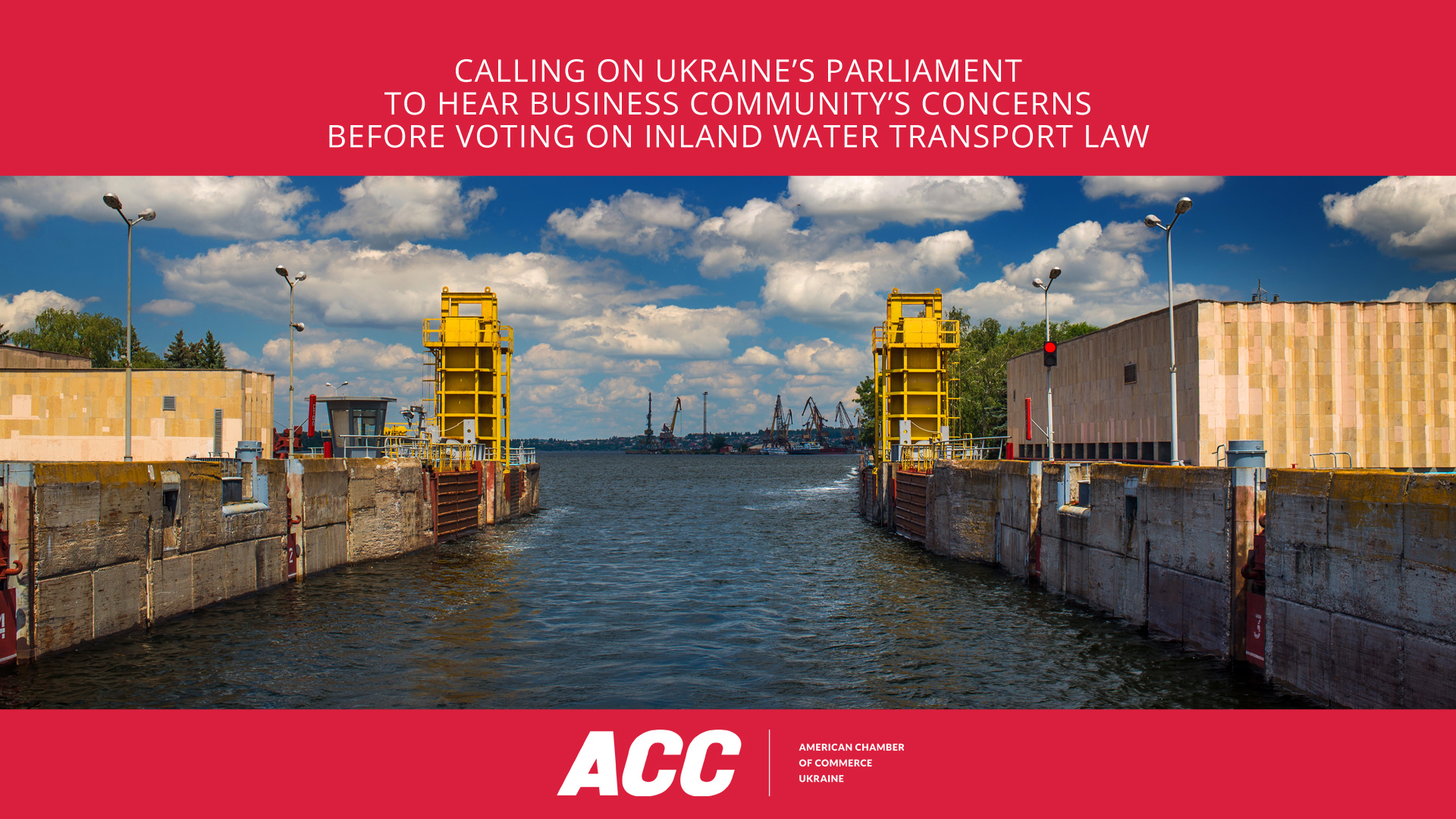 The American Chamber of Commerce in Ukraine urges Members of Parliament to finalize the Draft Law #1182-1-d “On Inland Water Transport” as soon as possible with the involvement of the business community’s experts and taking into account their proposals.

The American Chamber of Commerce in Ukraine calls on MPs to publish the text of Draft Law #1182-1-d "On Inland Water Transport," which is planned to be put to the vote, and we are ready to join the discussion at the highest level for the further successful development of the industry.