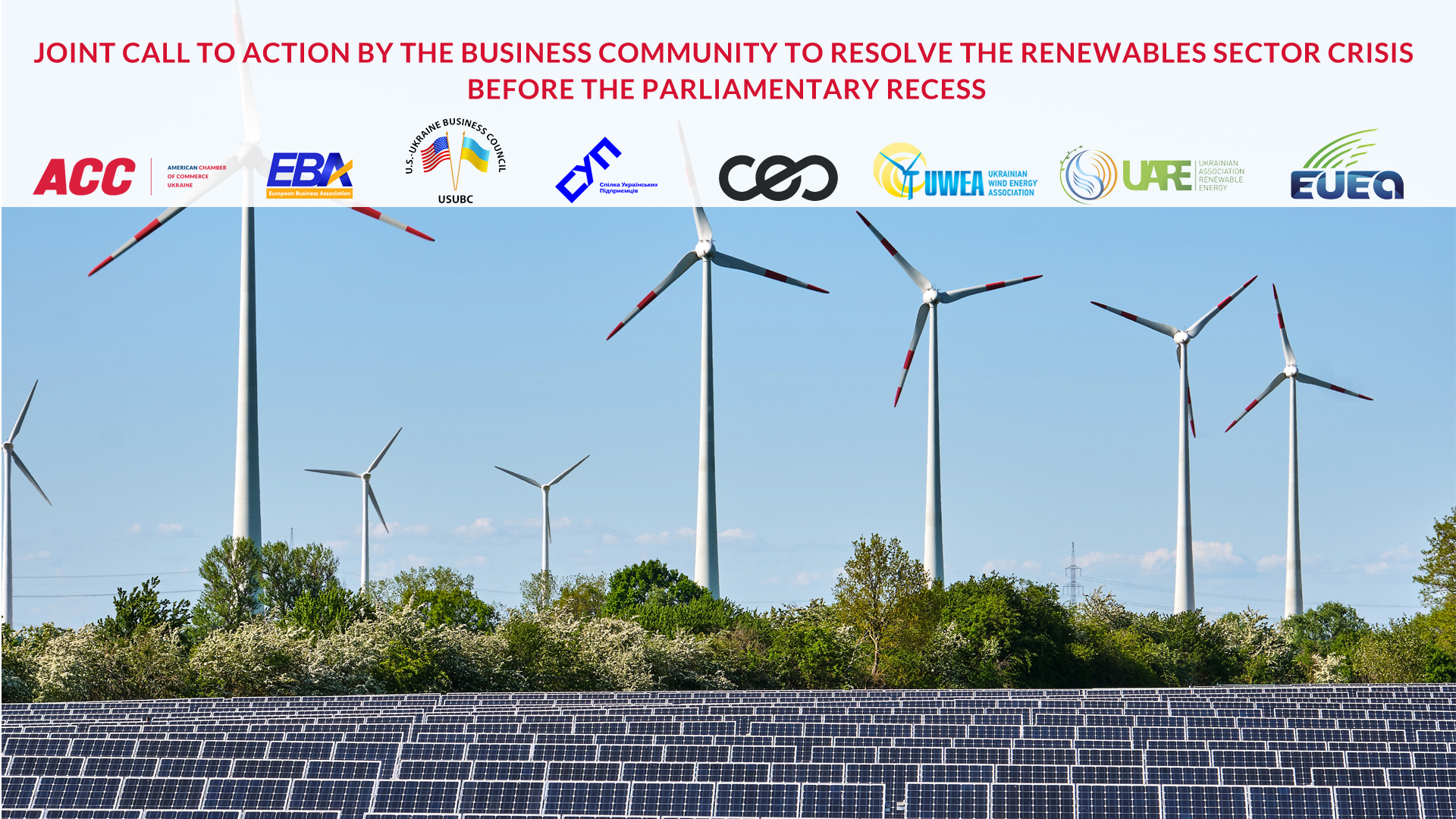 The business community united by the American Chamber of Commerce in Ukraine (AmCham), the European Business Association (EBA), the U.S.-Ukraine Business Council (USUBC), the Union of Ukrainian Entrepreneurs (SUP), CEO Club Ukraine, together with the three leading renewables associations in Ukraine: the Ukrainian Wind Energy Association, the Ukrainian Association of Renewable Energy and the European-Ukrainian Energy Agency, appeal to the Parliament of Ukraine to adopt Draft Law #3658 (“Draft Law”) as a critical step toward resolving the renewable energy crisis in Ukraine.  We appreciate the support of the President of Ukraine, the Prime Minister and Cabinet of Ministers, in resolving this crisis in the near-term.

Still, successful implementation of this Draft Law depends on:

Green energy producers have not been paid in full since March, where the average level of payment provided by the Guaranteed Buyer has been 5-10% of its obligations. Most of the debts from the Guaranteed Buyer to renewable producers are artificially created and could have been avoided with proper implementation of the new electricity market model, establishment of an efficient PSO mechanism, adequate and timely approval of regulatory decisions, with no increases in electricity prices to end users.

While the Draft Law has support of a majority of wind investors and certain solar investors, securing support from the vast majority of renewable investors requires the inclusion of an amendment to extend the term of the Power Purchase Agreement by 2 years for solar and wind power plants commissioned between 01 July 2015 and 31 December 2019 in consideration of respective 15% feed-in tariff cut for solar and 7.5% feed-in tariff cut for wind (“PPA extension redline”).

Considering the aggravating crisis, increased delays in payments from the Guaranteed Buyer for green electricity and the urgency to resume full and timely payments to renewables producers in accordance with the Memorandum of Understanding signed on June 10, 2020 between the Government, NEURC and renewable associations, the business community supports the adoption of the Draft Law before Parliament recesses, provided that the amendment related to the PPA extension redline is included in the Draft Law in the course of the second reading.

Any other amendments to the Draft Law must respect the terms of the signed Memorandum of Understanding, including introduction of the stabilization clause, to ensure that any amendments shall in no way result in negative consequences for renewable investors and deviate from the Memorandum of Understanding. This is a prerequisite to avoid numerous arbitrations and for international financial institutions to provide financing to stabilize the market situation in energy sector. 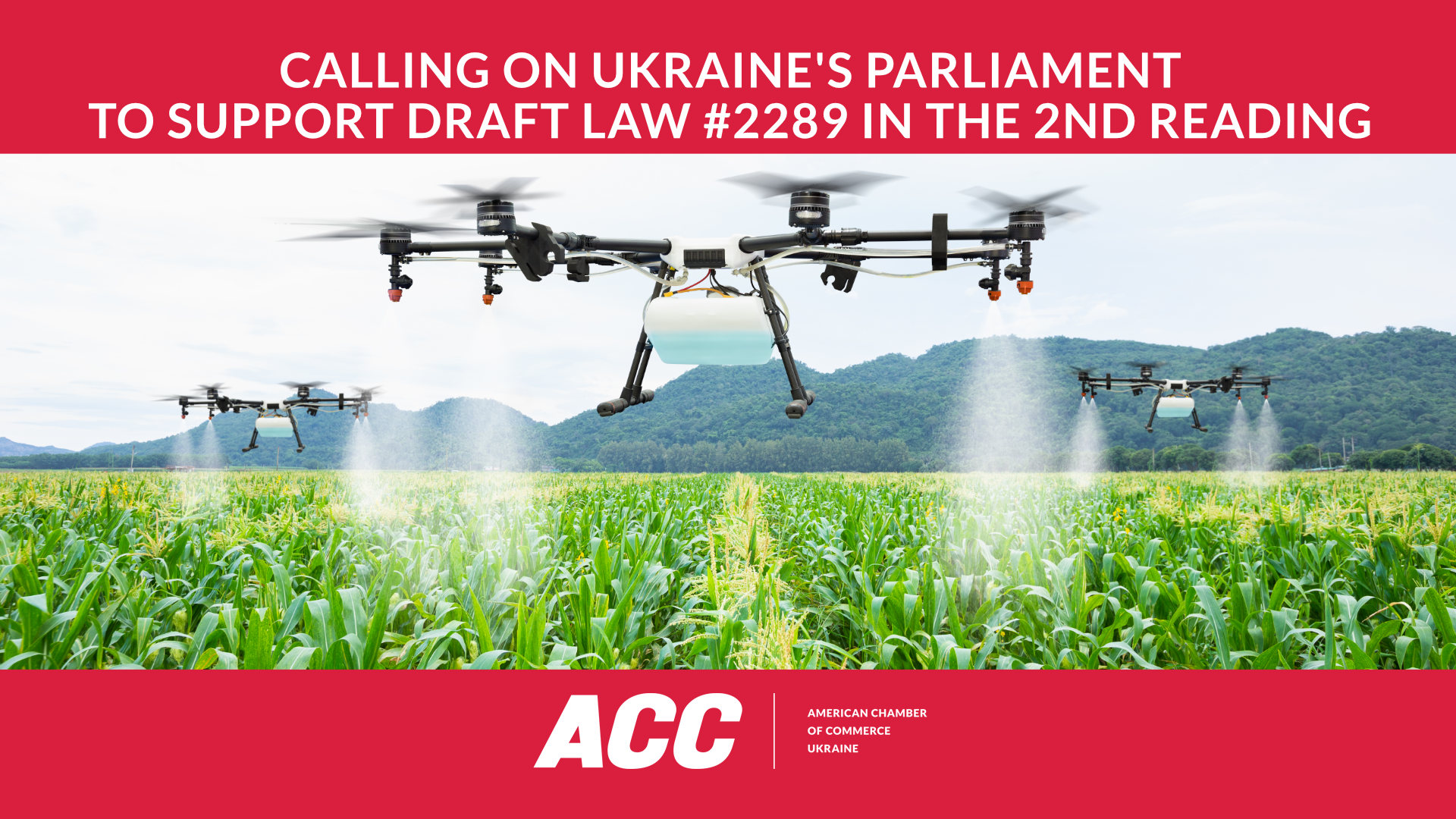 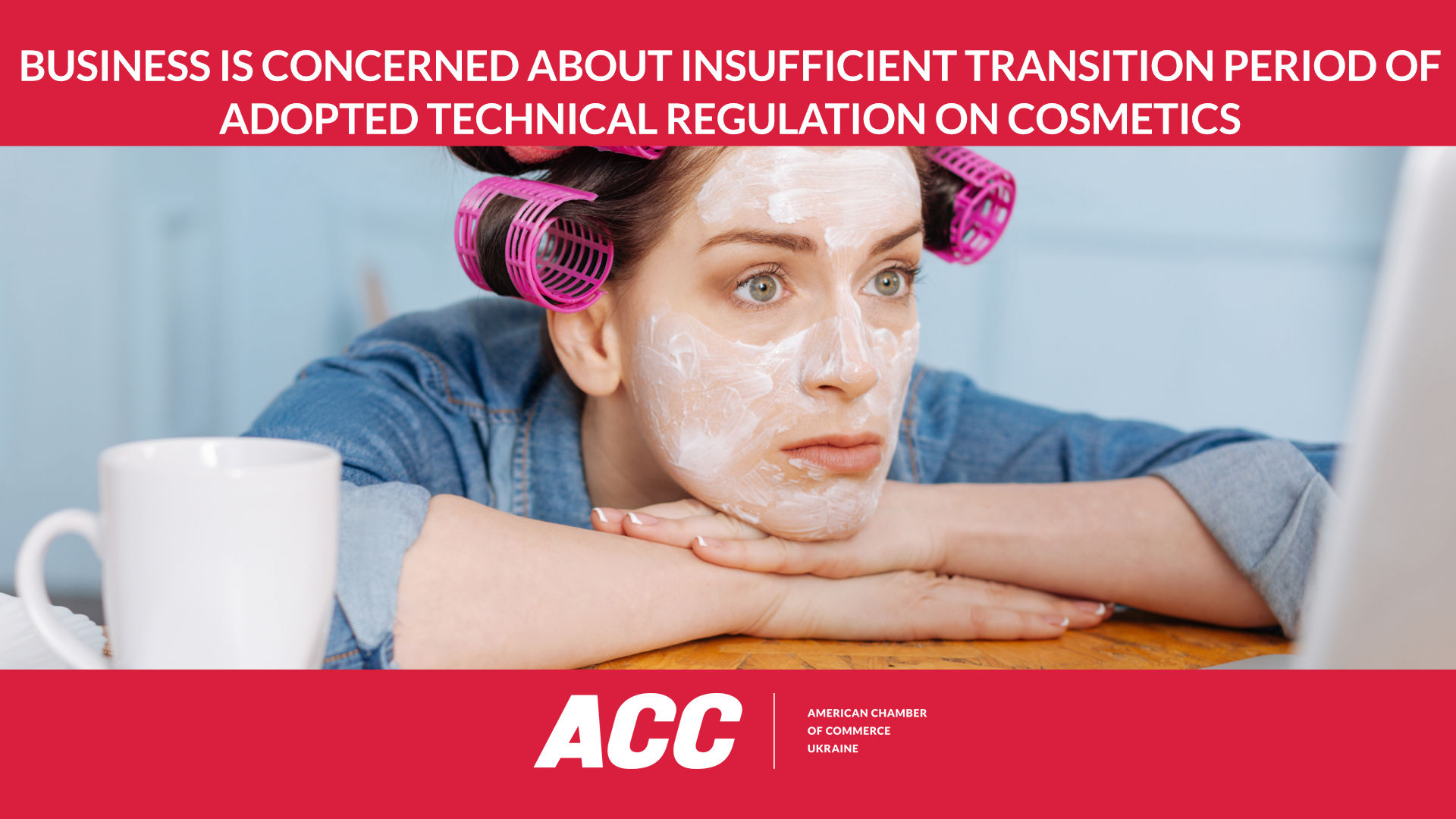 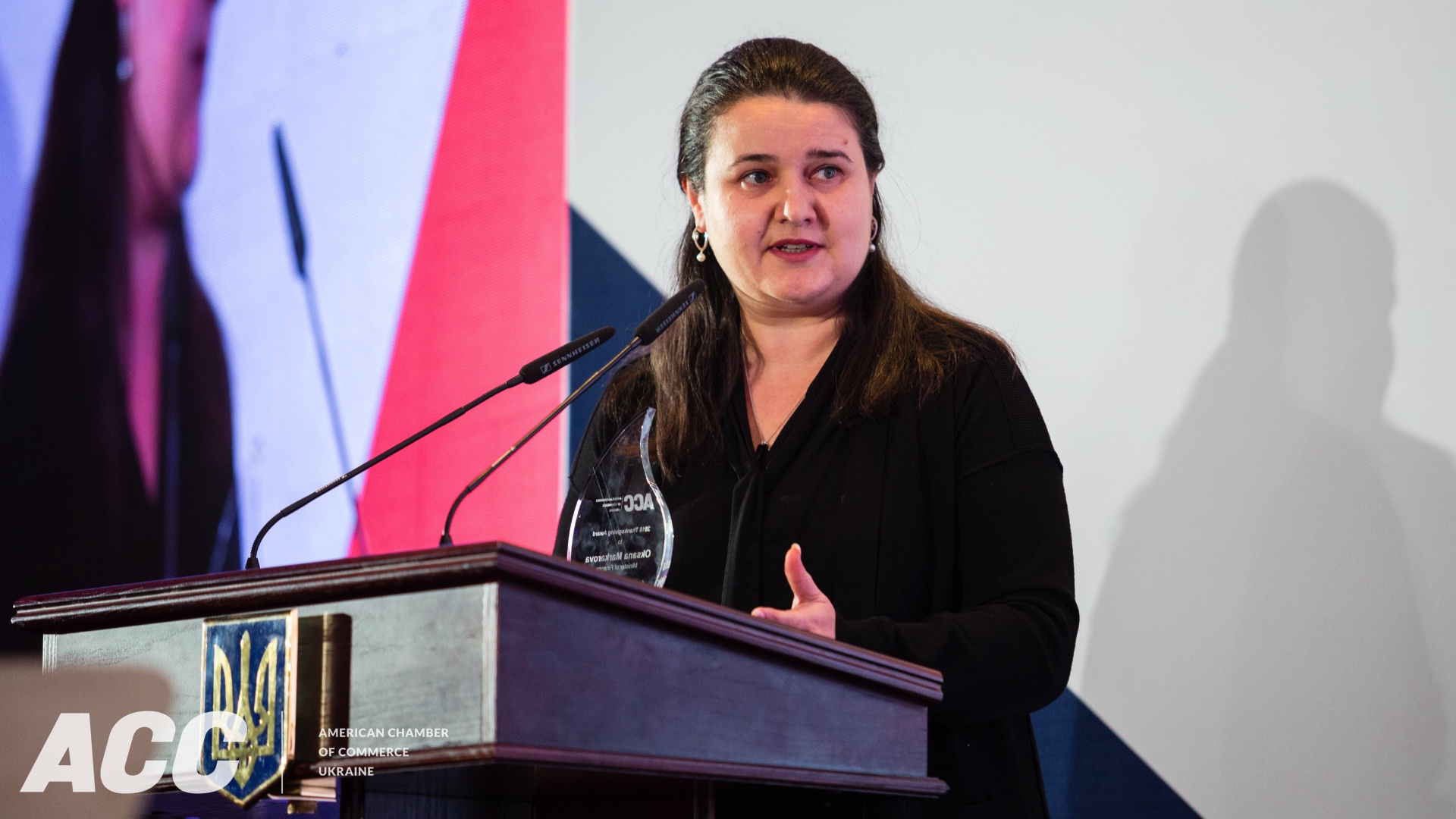